This was written for the Mama who is tired of being inundated with opinions, or told that her concerns are invalid. This was written by this tired Mama, who just found out her  daughter needs surgery because an issue wasn’t caught sooner. 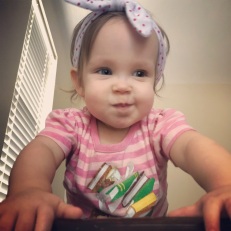 You’ve literally heard it ALL. “Do this!” and “OH, don’t do THAT!” or my least favorite “Your child is fine, stop worrying.”

Mothers are constantly inundated with ideas, opinions, and information overload. Instead of advice-giving, society has turned to advice-SLAMMING.

It is exhausting. It is wrong. It is dangerous. 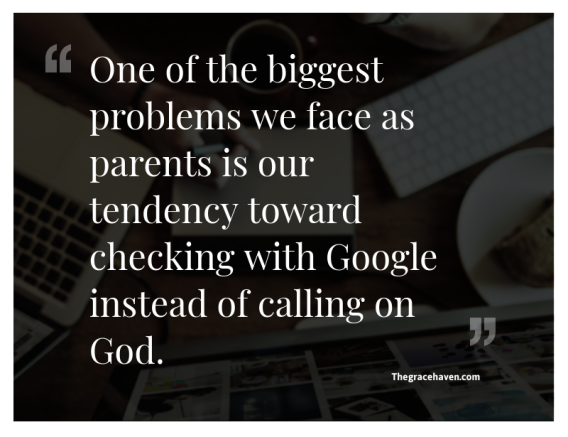 I do not care if you are a young mama, adoptive mama, or a seasoned soccer mama…YOU know your child better than anyone else. God designed parents to be uniquely in tune to their children’s spoken and unspoken needs. Our calling as parents is to tend to all facets of our children: spiritual, physical, and emotional. The job is 24/7 and 365, and it is both incredible and extremely difficult.

One of the biggest problems we face as parents is our tendency toward checking with Google instead of calling on God.

This is the part that can be dangerous. Using the internet to get instant “answers” invites a tangled web of information into your decision making process. Don’t get me wrong. The world-wide web is mostly amazing. I am very grateful you are using it right now to read this! We just have to be very careful about when and how we use it.

The other issue that has arisen due to the overuse of Google is “web degrees.”  People think they are experts on just about anything. When you talk to them about parenting concerns they often take the role of uninvited expert. They dish out strong opinions without worrying about the consequences.

The over abundance of fake experts sometimes keeps us from going to the real experts. The results can be damaging, because early intervention is the best intervention.

Dear Mama, I don’t care how many people have told you “Stop worrying.” I don’t care if people have cited something they read on the internet to make their argument appear more sound. I don’t need the story about someone they indirectly know having the “same issue” and now they are “fine.” YOU are the parent, and YOU know them best.

If you feel in your gut that there is something wrong, do two things and only two things: 1) Pray about it and 2) Act on it

Go to real experts. There is no harm in getting information that has been filtered by someone knowledgable and that directly applies to your child and your situation. The people that shame you for worrying, or getting something checked out, are the same people that google every concern of their own. We all want answers, so be wise about where you get them.

As a practitioner I saw kids come into the clinic all the time that would have greatly benefited from early intervention. Now as a mom, I get it. I have been bullied with “Your child is fine” and “It’s too early to tell” for too long. People don’t know how to deal with anything “abnormal” so they try to dismiss it, or fill the silence with bad advice.

Shut those voices out.  You have to find a balance of not being anxious about small things, while being responsive to the big things. Listen to your gut feelings. Pray about what concerns are on your heart. Seek answers from actual experts. Don’t worry about what “label” you or your child may or may not get.

The ultimate goal: Mother from a place of freedom, not fear. 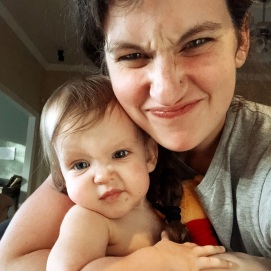 Libby and her sister were born at 32 weeks. They spent nearly 9 weeks in the NICU and 9 months in specialist care due to severe acid reflux. Libby became extremely ill twice during her NICU stay, and required oxygen support.

All of this resulted in some pretty major food aversion issues. Understandable, but I always questioned if something more was going on.

Libby also isn’t babbling or imitating any speech sounds. My concerns have been dismissed up until now. I often couldn’t finish a sentence without people telling me to “Stop worrying, it’s too early to tell.” My mother’s instinct was screaming at me, and I finally couldn’t take it anymore. I decided to forget what everyone else was saying and get Libby evaluated. Well, we JUST found out sweet Libby has a class 4 posterior tongue tie and an upper lip tie. This accounts for a lot of her eating issues as well as her speech delay.  We have to move forward with surgery to correct this issue because she is too old for the simple procedure they do on newborns.

I wish I had not let people bully me into waiting to get an evaluation. I wish we could have discovered this sooner.

Instead, we will do the very best we can with what we’ve got and try and encourage others to seek early intervention. 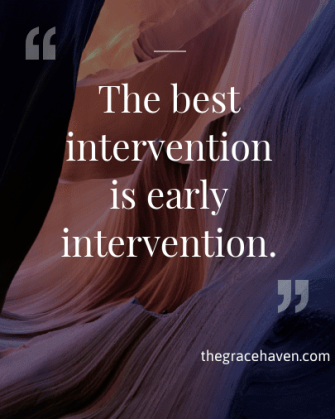 To read more about our post-NICU life, click the clinks below:

Hospital life and Hypotonia: when the NICU follows you home…

Celebrating 365 days with our NICU grads!

The place where the pain of infertility overflows into grateful parenting.

This site uses Akismet to reduce spam. Learn how your comment data is processed.

All proceeds of this blog go toward paying off our NICU bills and funding our future adoption plans. Please support us by utilizi Affiliate Link:
Baby Best Sellers

Sensory TheraPLAY Box is the sensory toy subscription box designed for children with autism and those with sensory needs. Boxes are curated by a licensed occupational therapist and ship out the first week of each month.